It is been so long we are going to ignore how long it has been. I have had a lot of personal things going on the past year and I might talk about it later on. I needed some time to get myself together first, but I am back and not only am I back I here doing a book review PLUS I have a book that will be released in the next month/month and a half!

I could gush about how excited that Shawn Maravel was releasing a new novel when I found out a few months ago. I have reviews of her other books from years ago on my blog if you want to search for them. Shawn is an author that creates realistic love stories that make the readers feel and hope for the characters. Is the road easy? No of course not because that's not how life works.

I have had a really rough mental time the past year and a half so the fact that I read a book and finished it is alone a miracle. I read this book in a couple of days. It is a nice easy read without dumbing things down for the reader. The characters will have you cheering for them and a good-looking, charming male lead doesn't hurt either. I of course ordered a paperback so I could have all her books together. 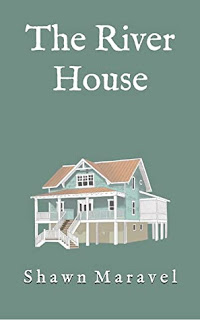 Jocelyn's family experiences a loss in the family causing her family to decide what to do with the family house that is filled with wall-to-wall memories. Jocelyn volunteers to monitor the restoration of the house before the family puts the house on the river for sale. However, Jocelyn wasn't expecting to face her past as Jack Evans shows up on her doorstep. Together as they repair the house, feelings grow, but the question of what will happen once the house is ready to be sold.

This story I was super excited for as I loved reading Maravel's previous stories. Her characters are realistic so the reader feels as if they know them. The character's feelings are a gradual growth not only in love but also as they search for what they really want out of life versus what they had set out when they were young adults. The characters go on a journey and it is a good light summer's read.

I am brining to you today a brand new cover for a young adult novel to be published next month! Beaker to Life is a story that I started way back in high school. Since then it has been finished and revamped. It took on a new life since then. I also overthought this story so much and finish put it out. I went back and forth about if needed more or if I added more would it drag. It's normal to doubt. You can read the first three chapters (not edited, I'm working on it now) right here. 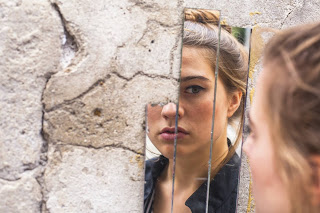 Madeline is special. However, the threats and protests make her feel otherwise. Madeline is the first successful human clone. She lives with one of the scientists that created her, Dr. Vodola, and his son, Sawyer. Between the constant doctor appointments, press conferences, and Dr. Vodola's strict rules, Madeline lives in prison. She never gets a choice in anything in her life. Sawyer is counting the days where he can graduate and move out of his abusive father's house. Growing up, Sawyer learned that his mother left him because of Madeline. As the abuse grows, their relationship is tested will they find the strength to fight for a chance to live? 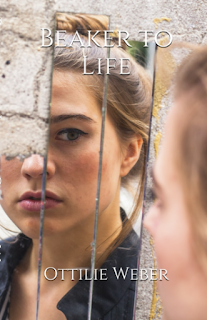 Warmth surrounded me as light dings danced against the window and roof. Mother Nature's song tickled my ears, but my eyes stayed closed. I didn't have to wake up if I didn't want to. I had a choice. Keeping my eyes closed I uncoiled, rolled over, then curled back up, and tightening my hold on my blanket. My body was comfortable, but my mind was pinging many different ideas and memories against my brain it was making it very difficult to fall back to sleep. Sighing I stood up and wrapped the blanket at the end of the bed around me as I tip toed across the room. The rug fibers pressed between my toes. Titling my head up I stared up at the dark clouds. It was morning, but there wasn't any trace of any light.

My fingers pressed against the cold glass lightly as the water droplets ran down. My eyes watched as each water droplet left almost a trail behind it, patterns formed against the window. Every teardrop was the same, clear, wet, and small. I wasn't like the other water drops. I was created rather than born. Years of being called a freak, monster, and even had death threats against me, I found myself wanting to be like everyone else. I would have done anything to be like them. Though, he was always different. We didn't always get along, but he still managed to make sure that I felt human.

I barely got a chance to live. The scientist never gave me true affection, but rather treated me as a trophy for a prized pumpkin at a fair. He made sure to show me off. While other kids were learning to ride their bikes, I was poke and prodded by scientists, news reporters, and so many others. Then there were those who wanted me dead. The protests that would form when I was heard to be somewhere. The yells and signs shouting out that I was a sin, a creature from hell, against all laws against nature. People knew who and what I was, so they hated me.

There was no way to keep track of how many nights I ended up curled up crying. Then against all his father's wishes Sawyer would come down and sit with me to make me feel better. He was the only one I really got to talk to, and he did not seem to care what others said about me. Sawyer was able to able to see me, for me even when I didn't know who I was. Sawyer and I were friends through it all, as much as we tried to be anyway, because at times it was difficult to have any form of a relationship with someone. I don't think I could have survived without him. When I was deprived of him, I would have been alone, and I don't think I would've had the strength to see the next day without that encouragement.

Being the only successful human clone in the world makes me stand out a little. The rarity makes me more of a science experiment than a living breathing human. Taking in a deep breath I sat on the couch by the window, watching the storm, and creating the cocoon as a haven around me. 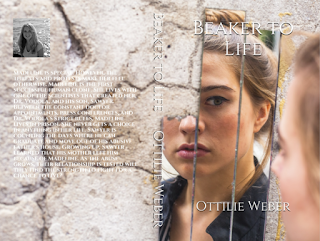 Posted by Ottilie Weber at Sunday, February 21, 2021 No comments:

I will continue to work on edits this week and I will be doing a cover reveal later this week, early next on my upcoming young adult novel. I am back to the young adult world, I enjoy it though what can I say. This is a scifi story though! That is a little different, I have trouble staying in one genre, oops! However, this weekend I will be doing a cover reveal of the upcoming novel. Then I will release the book March 19th. You can read the first three chapters on Wattpad, but remember it has not been edited yet because that is what I am working on it now. Keep an eye out for more updates and hope that you're all excited!

Posted by Ottilie Weber at Tuesday, February 16, 2021 No comments: