Hello!
So It is not a little secret that I have that little tab on the top for a little store. Hopefully I'll figure out soon to add a store for books, especially for signed ones. I already had a store that I could do stuff with my covers, put them on shirts, mugs, and jewelry. However I wanted to work with quotes. So I set up a second little store. I only have a couple of things up there now. If you can think of a quote of mine you like or a design that works with my books that you don't see, tell me! Email me at ottilieweber (at) gmail (dot) com. I'd love to hear suggestions. I'll probably add a couple more next weekend because this week and next is a lot of homework and two midterms (yeah I said midterms this late in the semester). I hope people find these quotes as funny as I did last night so I know it's not the lack of sleep coming through. The new store is named Ottilie's Closet because I didn't know what else to call it. I'm thinking of adding Riley's letters to shirts soon. You can change the colors of the shirts and the color of the fonts. 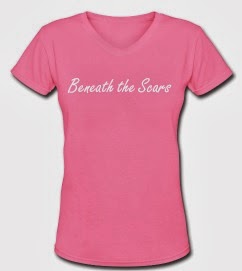 Hi Everyone!
Happy Saturday! I know it's been awhile since I posted. Grad school is kicking my butt a little and I've been working on a couple of projects, my goal is to have a couple of books come out back to back so I'm getting this ready. On a happier note I have an author interview today! This author is Faye Hall and she is very nice and you should take a minute to get to know her. Also you should check out her books if you are interested in historical fiction novels with twists then she is the author for you! 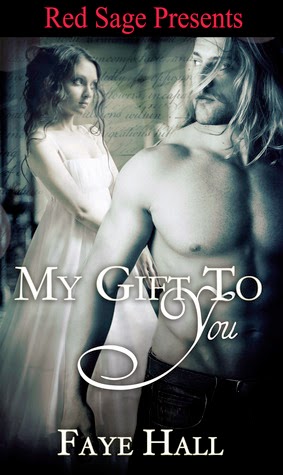 1. What is your favorite part of writing?
My romances all have a certain amount of mystery and deceit in them as well as passion.  I love writing the twists and turns, the part that almost tears the hero and heroine apart, just before they are drawn back to each other.  It really is my favorite part.

2. What is your favorite genre to read?
I do enjoy regency romances, especially those by Amanda Quick.

3. What is your favorite dessert?
My husband makes the best cheesecake ever!

4. What was that moment that made you step up and take that step into the world of writing? To get from story on my computer to seeing who would publish my work?
That moment…I’d had my first child, was in a very unhappy relationship and I just thought one day that there must have been more to life than what I was living.  At the time I had about 50 half written scripts on my computer, so I picked one, finished it, and sent it off.  Unfortunately it was rejected, but it gave me the drive to just keep going.  When I reunited with the man who is now my husband, I gave him some of my scripts to read through.  He immediately told me how brilliant they were and insisted that I should start resubmitting them again.  So I did…and they rest, as they say, is history.

5. What was your favorite part of writing a story that took place in the past?
All of my books are set in the late Victorian years of , a historical part of my country I was never taught at school, and barely knew existed.  So searching local history books, and trying to find what was available on the internet was really so very fascinating.  I’ve learnt more about the history of where I grew up in the last few years then what I ever knew before.

6. What is the hardest thing for you to write?
Definitely beginnings.  I struggle with them so much. 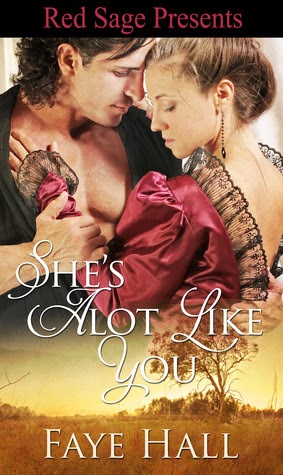 7. What is your favorite book?
Favorite would have to be Amanda Quick’s Deception.

8. When do you find time to write?
Not often lol.  Seriously, my husband and I have 9 children, so I literally write when I can where I can.  A lot is done after the children are in bed, but I do tend to jot notes down on my phone whilst waiting to collect them from school too.

10. What advice would you give to those who want to write?


Just keep writing.  If it’s what you love then you should never give up, no matter how many knock backs you may get.

My Gift to You
She's alot like You
website
Posted by Ottilie Weber at Saturday, March 29, 2014 No comments:

Email ThisBlogThis!Share to TwitterShare to FacebookShare to Pinterest
Labels: Interview 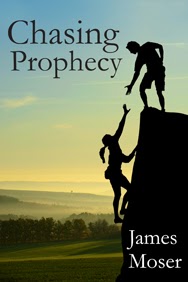 Mo is a shy teen who is just trying to survive high school. He has secretly fallen in love with a girl named Prophecy who lives with a group that some call a commune and others call a cult. When she disappears, Mo must find the courage to face the monster that her family has become. Chasing Prophecy is a contemporary coming of age story that is heartwarming, suspenseful, and beautifully written. This book chronicles the adolescence of one boy who must transform himself to save the girl of his dreams.

"A stellar read for teens and adults, full of hilarious growing pains, tenderness and a few surprises. Moser’s debut is an unflinching young-adult novel that sees a group of friends tested by bigotry and the illegal machinations of a religious cult. The author serves up an irresistibly wisecracking narrator in Mo Kirkland. Every page ripples with a controlled cleverness. There’s also a rawness to this tale similar to that which many teens face in the real world. Moser can wax rhapsodic about young love, but he shows that he knows how to raise the tension in the second half of the novel."


Richard said, “Why are you even talking, Maureen, I mean Maurice? Go sit in your highchair and let the grownups work this out, OK, little guy?”

Even with my new growth spurt, he never missed a chance to let me know I lived every second of my life ten seconds from a surfing lesson.

Max said coldly, “Don’t you clowns talk to him that way.”

Kazzy said, “—or we will kick your cracker asses.”

I looked up at her and realized I’d been looking up to her my whole life. She was calm and still when she was standing up for herself. She didn’t have to stand on her tiptoes or raise her voice. When I tried to stand up for myself, I knew people saw the question marks in my eyes.

Kazzy’s eyes were full of answers, and I loved her. Deep inside me I felt something break, heal, and get stronger all at once.

Richard watched another carful of mourners pass us by. “Your little cult funeral all done?” he said.

Kazzy said, “Why do you say ‘Cult’? Do you see a fence keeping anyone in or out? Do you see us trying to blow anything up? There’s not a weapon on our whole ranch. You crackers have more guns than I’ve seen in my whole life.”

I pulled out my pocketknife, found a smooth spot in the pine railing, and pushed the blade into the sun-bleached log. I worked the blade up and down, back and forth, deeper and deeper.

Kazzy said, “So let me get this straight. One of us jumps, and you don’t say ‘cult’ for two years? You don’t say a word to any of us all the way til graduation night?”

I pushed the tip of the blade across the wood. I made a rectangle and rounded off the corners.

I pulled off my Seattle Mariners baseball cap and dropped in my keys and phone. I found a safe corner to stash my stuff near a gigantic steel bracket joining two logs. I walked to the other side of the bridge, across from the others.

“Catch!” I yelled, tossing him my knife. I said, “It’s August twentieth. If you can’t spell ‘August,’ just write eight-dash-twenty.”

They all stared at me. I held up three fingers. “Redneck Honor,” I said. I pulled off my shirt, dropped it to the ground, and ran right at Richard and Boo. They stepped back. Their eyes were full of questions.

For the first time in my life, my eyes were full of answers.

My left foot landed on the orange Bigfoot “X”.

My right foot landed on the low rail. I pushed off.

I closed my eyes. I opened my eyes. I looked down. I was either going to just clear the boulder closest to the bridge or I was getting an ambulance ride, or I was about to die.

The bottoms of my feet smacked the water hard, then all of me was underneath, then my feet hit the bottom. Knees and elbows on rock. I looked up through ten feet of clear, freezing water. Through the bumpy surface I could see the shapes of my friends, the colors of their clothes. I pushed off the bottom and shot through the surface.

I squinted up at the bridge, saw Max and Kazzy jumping up and down, arms over their heads, screaming. I pulled myself up to the flat top of a giant rock. I stood and raised my arms to the sky, the mist throwing little rainbows all around me. I held up the three-fingered redneck honor salute. My friends threw back their heads and laughed. They turned to Richard and Boo, showed them three fingers. The bullies walked slowly to their car. I stood on a rock but felt myself floating.

I thought, So this is what it means to fly. 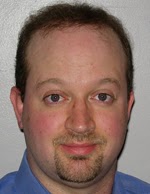 About the Author:
James Moser has always loved stories in all forms. He is in his fourteenth year of working with high school students. The author’s goal was to write a book that would inspire even his most reluctant readers. Young adults have always inspired him. As such, he wanted to show teenagers transforming themselves to overcome obstacles, which is what he watches them do, every day.

Moser has a B.A. in English and a Master’s degree in Secondary English Education. He lives in Seattle with his beautiful wife and eight year old son. When he’s not reading and writing, or thinking about reading and writing, he’s watching way too much television while snacking on frozen treats from Trader Joe’s. Man, those things are good.


Where to find James Moser:

Hello!
Did you know it is e-book week on smashwords? From today to the eighth smashwords is having sales on e-books. Of course the author has to okay the sale, but there are a lot of books that are 50%, 70%, and even free! Who wouldn't be interested? I'm going to go through the sale books myself tonight because I love helping out other indie authors. I enjoy finding new authors. Heads up my stuff are free on there right now, but towards the end of the week I'll probably only have them 50%, so grab when you can! Have fun exploring books!