New release ~ Off the Beaten Path

Good Morning!
It's a bright and sunny Sunday afternoon and I think this heat is crazy. Apparently no gradual process to summer we went straight to into the oven. So yesterday Off the Beaten Path was released! I had released the paperback a couple of days early. Now it is available for every ereader.
It is finally released after what three or four years of me saying it was coming? It went through a lot and a couple of editors, but we made it!

Off the Beaten Path
After a couple of years, things almost seem calm again. There is almost a sense of home and security. However, something they thought would never happen does - a group of people finds them. Once the crowd comes, everything they know changes. Their pack order and relationships are questioned as things are thrown for a loop. After everything that Mother Nature had thrown at them, can their group survive other people.
Kindle
Amazon paperback
Barnes and noble
Smashwords 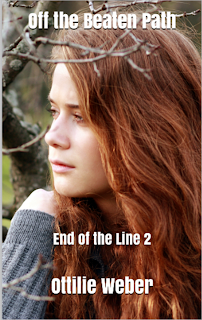 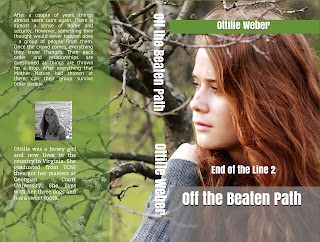 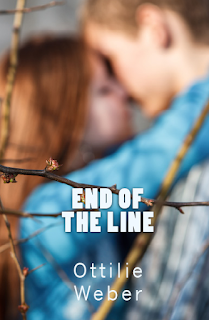 Posted by Ottilie Weber at Wednesday, June 19, 2019 No comments:

Hi!
So I am finally sharing the details for the Mistakes Anthology that will be released NEXT FRIDAY!!! You can preorder the ebook copy now, but the paperback will be available next Friday! I am also sharing that I'll doing an event July 27th from 6-10pm. I'll have several copies of each book including the new books. I'll be doing this even in Colonial Heights Virginia. There are more details to come. 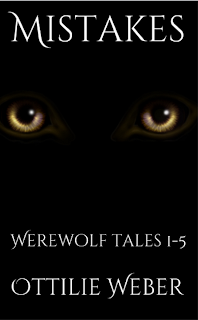 There is a world that lives in the shadows of the moonlight that watches us. These creatures observe people from their past, remembering all of their wrong doing towards them while they were humans. Yet there seems to be trouble brewing in this hidden realm when one wolf challenges the leader. That one person causes a spiral of chain events that might put all humans at risk and the world that they know. 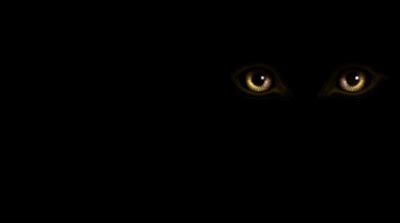 Now here is the full cover for the paperback. I hope that you all still like it as much as the others!

Email ThisBlogThis!Share to TwitterShare to FacebookShare to Pinterest
Labels: a howl for a resistance, cover revealing, Footsteps in the Alley, mistakes, moonlit eyes, Shadows from the Past, whispers in the woods

Good Morning!
I'm currently taking a break from cleaning/laundry. I mean I live an exciting life full of adventure... Can't you feel the sarcasm this morning? Currently, my internet is trying to upload the cover for one of the upcoming releases for June. You did read that right, there will be two releases this June. The pressure is on! I would have put one in July, but I'm getting married in July and I can picture myself working on minor details and completely forgetting to market a release. At least I'm honest right?

The first release will be on June 14th. This release is a kind of new release. I put all the Mistakes novellas together to create an anthology. I prefer paperback books myself, and if there is an in-between book only available on ebook format I tend to not read it. It is terrible, my kindle spends most of its time collecting dust if I get a book for review that's pretty much when I use my kindle, otherwise I could go on and on about how much I prefer paperbacks. I wanted to let my readers who are the same way to have a way to read the Mistakes series. So I put the whole collection together as a collection. The collection will be available for ebook users AND paperback users. I have had some financial stuff going on lately so I couldn't afford to do a big cover, but I wanted it to go along with the other covers in the series. I hope that you all like it! I'll share that in a day or two ;)


The other release is FINALLY happening! I've been talking about this release for YEARS. End of the Line's sequel, Off the Beaten Path is FINALLY being released next month! I wasn't sure if I would rewrite a sequel to my first book, but a few years later I wrote one, I did have to take a little break because I almost felt like I wrote myself into a corner. Once it was written I had one editor take it. She had it, edited it, then her computer crashed. Unfortunately, some other factors happened and she couldn't edit the piece again. That in itself was a couple of years. Then this past December I gave the story to another editor that I've worked with and she sent the final piece to me this past week! I will not share this cover quite yet, but keep an eye out for ebook details for End of the Line so that you are prepared for the sequel! June will be a busy month and I hope that you all are ready!
Posted by Ottilie Weber at Saturday, June 01, 2019 1 comment: