Hey Lovelies!
This is the last installment of Going Rogue! If you missed any chapters you're in luck they're all a page to a page and a half long each. This little series is part of End of the Line. Aaron is one of the main characters of End of the Line who is trying to help a group of teens survive. He though spends a little time away from the group, but what does he do when he's gone? Going Rogue has the answers.... 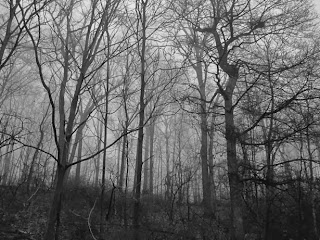 I think I was going in the right direction. I was able to retrace my steps back to the abandoned house so that I could put myself in the right direction of the apartments. God, I hope that Lauren and the group did not move. She didn't move last time I left them, but how many chances would I really get? When you cared for someone, how many chances were they entitled to? My poor parents I'm sure gave me more chances then they should've, but Lauren wasn't my mom. I didn't love her, but I could not get her out of my head. Oh crud. I had feelings for her. I kicked the ground before me. I was hoping that physically I was attractive to her because she was there. The upside down stomach feeling when I looked into those eyes. The need to kiss her. Lauren took over my mind despite the months away from her. It all made sense now.
I screamed out and clenched my arm. I'd been shot. I pulled my hand to see it covered in red, there was a hole in my coat. Glancing over my shoulder I saw a man with a gun pointed at me. I had been too much in my own thoughts to keep my eyes open to my surroundings. I tried running away, jumping over a log as the woods started to spin.
"He went that way."
I cursed. I couldn't hide in the trees because there weren't any left. There were foot steps behind me, they were heavy. I tripped over a rock and tumbled down the slight hill. Still holding my arm I crawled on the ground till I reached a river. The men were right behind me. I inched closer to the water, I only had seconds. I took a deep breath and dunked myself under the water.
Needles stabbed me. Thousands upon thousands needles felt like they were stabbing every inch of my body. Just when I wanted to burst through the water and yell out I saw figures moving on the hill, they looked in my direction, but kept moving. When I thought my lungs would burst in flames the men were gone. Leaping out of the water my teeth chattered as my body shook uncontrollably. Glancing around me I searched for wood and a couple of stones. I had a small pile of sticks, but my hands were shaking so much that I had trouble creating a fire. Just when I was about to give up a lone spark came to life, creating a fire.
I took off my coat and threw it on the floor. It was soaking wet and only causing me to shudder more. I slid my hat off my head and wrung it out. I went to rip the winter hat, but my hands kept trembling. I got frustrated that I brought the material to my teeth and did a hard yank till I heard a tear. I smiled as I wrapped the material around my wound and tied it tightly. The bullet only grazed me.
I threw some stones around the fire in a circle before I finally gave in to the need to rest. I leaned my head against my knees. I needed to get to Lauren and Sean. I can do this. I had never been so cold before in my entire life. I had to block it all out, I was close.
That night I was hardly able to get any sleep. I could not get warm and I had to keep feeding the fire. I would sell my left foot for a dry blanket. When the sun started to rise I got up and stomped out the fire. Crossing my arms I trudged on with my eyes barely able to stay open. Chills ran down my spine, but I kept putting one foot in front of the other. They had to still be there.
Whispers of many voices reached my ears. I shook my head and glanced around searching for the source. The voices grew louder and I felt déjà vu over come me. I pushed aside the drowsiness and ran. Between the trees I came across a road and buildings. People were yelling out. My knees almost gave out. My breath came out heavy with puffs of smoke.


My muscles I thought were ready to cave in, but I ran. Little Paige and Sean were in those buildings I knew it. Lauren, my Lauren was in there, I could feel it in my bones. There were less people outside on this winter day. Once I busted through the doors of the apartment I saw people throwing things at each other, a person went to go throw a punch at another person. I leap over a body with my heart pounding against my chest. With each step that I climbed the pain I was in seemed to dim and a smile grew till I was standing in front of a door. I raised my hand to knock to be allowed to be welcomed back into my life, my family.
Posted by Ottilie Weber at Sunday, January 05, 2014