Hey Lovelies!
Now I can't always let the guys have all the attention can I? Of course not! So here is a little introduction to Abby! Family Ties is going to be part of the BCPublishing book signing this saturday at East Greenville PA. Abby wasn't about to sit back much longer with Cory and Aaron getting all the fun. 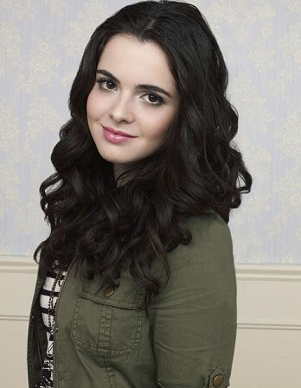 
The bell rang for the end of the day, telling us to separate, summer was officially starting. Everyone ran out of the rooms to enjoy the rest of the day that they had. My friends and I waved to each other knowing we’d see each other soon, we had all summer. School had been a half day so there was still time to find a way to the beach or to someone’s pool. It was a warm sunny day, one that should be enjoyed. On the way out of the door Cory and I had jump back to be flat against the lockers as someone started to run down the hall in a banana suit followed by a person in a gorilla costume with a screaming middle aged teacher with a receding hairline behind them. It was the last day of school after all, might as well make it a memorable last day.


“We’ll see or talk to you guys later!” I shouted down the hall waving my hand high in the air towards Zoey and Danielle.


Cory and I headed towards our homes, passing the cars getting stuck behind the buses that were filing out to get everyone home, but in reality they just caused more traffic. Acting like the true friend that he is, he took my book out of my hand and started to run ahead on the sidewalk leaving me behind. I started to run to catch up with him, yelling all the way about him being an idiot because I wasn’t too far behind him, I was gaining up on him, but then I thought of a better way to get him. I stopped quickly then took one of my shoes off and chucked it at his head.


Yes, a direct hit! He turned around rubbing the back of his head and I started to crack up and ran up to get my book back from him then slipped my shoe back on. I stuck my tongue out on him and he grabbed me by my waist. He pulled me close to him. I couldn’t stop laughing not that I wanted to stop it was an amazing shot after all. He wrapped an arm around my shoulders so I was trapped in a hug. He held me tight enough that I couldn’t escape, but loose enough that he wouldn’t hurt me in any way. I could feel his chest shake as he laughed against my back. It was not as fair now that we weren’t the same size anymore. The only chance I had was throwing things or jumping him from behind.


“Do you give up?!” Cory chuckled in my ear as I tried to squirm out.


I tried to pull away, knowing this game. I kept laughing and wiggled a hand free from the trap. Then I started to tickle his stomach till he let me go. I lucked out, we were both very ticklish. I would be so doomed if it was just me.


I started after I picked up my book that was dropped carelessly on the sidewalk during the tickle entrapment. I watched as Cory caught up easily, which made me run harder I did not want him to win. I’m a tad on the competitive side. He is taller than I and his longer legs gave him that extra step length. As we grew up he loved holding things over my head so I could not reach.


At that I paused at running and I pushed him over. Since Cory wasn’t excepting it he fell over onto the grass of some person’s lawn. He laughed as he tried to catch his breath sitting on the ground. I bent over trying to catch my breath, leaning so that my hands were on my knees. I really needed to start running. Great, now I need to take a shower before I go to work! That was going to take time out of my small relaxation time.


I turned my head to glare at him. This was getting old fast, real fast. My chest rose and fell heavily as I stood back up to put my hands on my hips to face Cory. He really needed to learn to listen to me about this.


“Okay Cory, get this straight in that thick skull of yours, I’m fine!” The last two words came out real slow to try to get my point across.


“You were in the hospital!”


I rolled my eyes. This would be a lot easier if I still could breathe. I moved my arms so that they were across my chest as I shifted my weight to one foot. Still huffing I tried to look for the words.


“Cory, it was just my appendix! It’s a very normal thing! Many people have to get it taken out. There is medical evidence that I do not need an appendix to live, I’ll live a, well, close to normal life.” I spoke knowing he was just trying to be nice, but I was about to beat him into the ground if he and my parents didn’t leave me alone soon about this.


People need to stop being so overprotective of me and let me live my life!


“But I should have been there for you!”


“What the hell are you talking about?”


I pulled him up from the ground as he almost toppled into me and we continued to walk home. There wasn’t a lot of cars on the roads around as we broke off the main raods and went on side streets. Cory was on the sidewalk as I walked on the edge of the curb.


“Remember, I was supposed to come over and watch that movie with you? If I went over there, then you wouldn’t have been alone when the pain hit.” Cory had his hands in his pockets as he just stared at the ground, shuffling his feet.


I rolled my eyes. He was insane! It was unnecessary guilt for him to live with.


“Cory, you were studying and I was fine! Josh came home just shortly after the pain started and everything was fine! Stop carrying this nonsense guilt! So, remember not to be late tonight for our first day of work or then you will truly be sorry because I will not cover for your sorry butt.”


He rolled his eyes as we turned into our street. I turned into my house once we reached it. I unlatched the lopsided fence around our whole yard, but it was stuck so I gave it a big kick to loosen it.


“Ah my royal lady, what grace and sophistication you have!” Cory spoke still standing on the crack filled sidewalk with his arms opened wide.


I raised my arms high and gave a deep bow. I turned around and jumped into the yard. I hopped up the stairs to the front door and tried to open it. The door was stuck so I had to kick that too. I really wished I wore sneakers today.