Hey Lovelies!
Going Rogue is a mini series off of End of the Line. This will contain a little bit of a spoiler for those who have not read End of the Line. If you don't mind spoilers you can try reading, but you might be confused, if you want to read the book first it is on sale in all formats even the paperback on Amazon. Don't worry about getting left behind, I plan on putting a link to previous 'chapters' on the latest edition. I will post every Sunday instead of a Sample Sunday.

I wrote Going Rogue because a couple of reviewers thought there was something missing in End of the Line. It got me thinking that I could write something short to help fill that period of time in End of the Line that people thought was short. Sorry for sounding vague again I'm trying to avoid spoilers! I don't really like ebooks that are .5. They kind of drive me a little crazy on various reasons that I have vented about on another entry. Those short stories are fine for the first one, but between kind of drive me nuts. I'm still writing a sequel to End of the Line. I thought it would be a trilogy, but I might combine 2 and 3 if I do think it's not just rambling. I hope you enjoy the first week of Going Rogue! 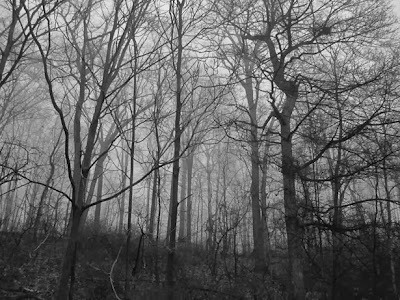 My heart pounded against my chest as I bolted down the stairs. Screams rose from the rooms that I passed then a thud as a person was thrown into the hall. Jumping over the body I made my way down the stairs not even checking to see if that person was okay. I needed air my throat was closing in. Shoving the broken door of the building I was once again outside. My head was spinning and the shouts from my surroundings were only mixing with my own inner arguments. What was I doing? I shouldn’t have put Lauren in that kind of situation. Pinning her to the mattress like that was dumb and we weren’t alone. God forbid if we started something and the relationship went bad how were we suppose to make things work out with an ex? We could potentially get to a point where we hated each other. Yet, I doubt we could survive without each other. Our numbers have been helpful.
Or things could work out between us…
Racking my fingers through my hair I took deep breaths, my steps slowed slightly. A day away from them should be fine. Just enough time to clear my head then go back to them so that we can be one big happy group. I’m probably over analyzing I mean the desire to be close to Lauren is probably because we're stuck together for so long with no one else around. Finally sitting down I glanced around not fully sure where I had wandered off to. It was quiet. I couldn’t even hear the town. I had traveled a good enough distance that even the noise wouldn’t travel.
I stared up at the sky. Dark clouds were rolling in. When was the last time it had rained?
Yet all I could see were two blue eyes staring at me. Those blue eyes were still on me, confused by my actions of being on top of her. I really wanted to kiss those lips once again. We had kissed one other time, but it was quick, chaste, this time would've been the real deal. Would her lips be soft? Though the bigger question would be would she return the action?
She hadn’t pushed me off of her…
Laying down I rested my head down on some moss I just stared up above unable to close my eyes.

A shuffle of leaves woke me causing me to sit up quickly. It had gotten darker and I started to wonder how long I had been passed out. There was movement to the left of me and I slowly got up, but kept myself crouched behind some trees. Keeping myself fleshed against the tree I peeked around to see what it was. My heart pounded against my chest when I saw a light. The flashlight went from one side to another. Squinting I tried to make out who was holding the light.
"How far of a search does Manson have for the boy?"
"Last I heard I heard and parts of , , and . He figured he can't travel that far considering everything."
"It's amazing how one man was able to get that many followers."
"Power."
They paused.
"Should we go look in that town back there?" the man holding the flashlight shined the light in the other's eyes.
"Worth a shot right?"
Sean and Paige couldn't out run these men. Lauren will not see these men coming. My eyes scanned the area. I clenched my fists.
"Hey morons," I shouted as I jumped out in plain view. "Is this the ass you're looking for?"


The light was shined on me and I bolted further into the darkness. No matter what happened to me I needed to make sure nothing happened to Lauren and the group. I was not going to let the group suffer from my past mistakes or because of my confused mind.
Posted by Ottilie Weber at Sunday, December 01, 2013