Good Afternoon!
I get to be part of a cover revealing! This is more towards over 18 crowed (sorry!). For those old enough keep scrolling!


We are so excited to be able to participate in the unveiling to the world the cover of the 4th book of the Darkness Series by the amazing Stacey Marie Brown!

SYNOPSIS
After months of searching, Ember and her friends have finally located the Sword of Light, the only weapon capable of destroying Queen Aneira and ending her rule. This is Ember’s destiny. Or so she thought. Now a pact to save the man she loves changes everything.

In this final installment in the Darkness Series, when the truth comes to light, Ember will learn some things are better left in the dark as her world is ripped even further apart. It is no longer a rabbit hole, but a never-ending black void full of endless lies, betrayals, and secrets.

The fight for Earth has begun, and Ember will have to make the ultimate sacrifice to save millions of innocent lives and those she loves.

But this price may be too high—even for her. 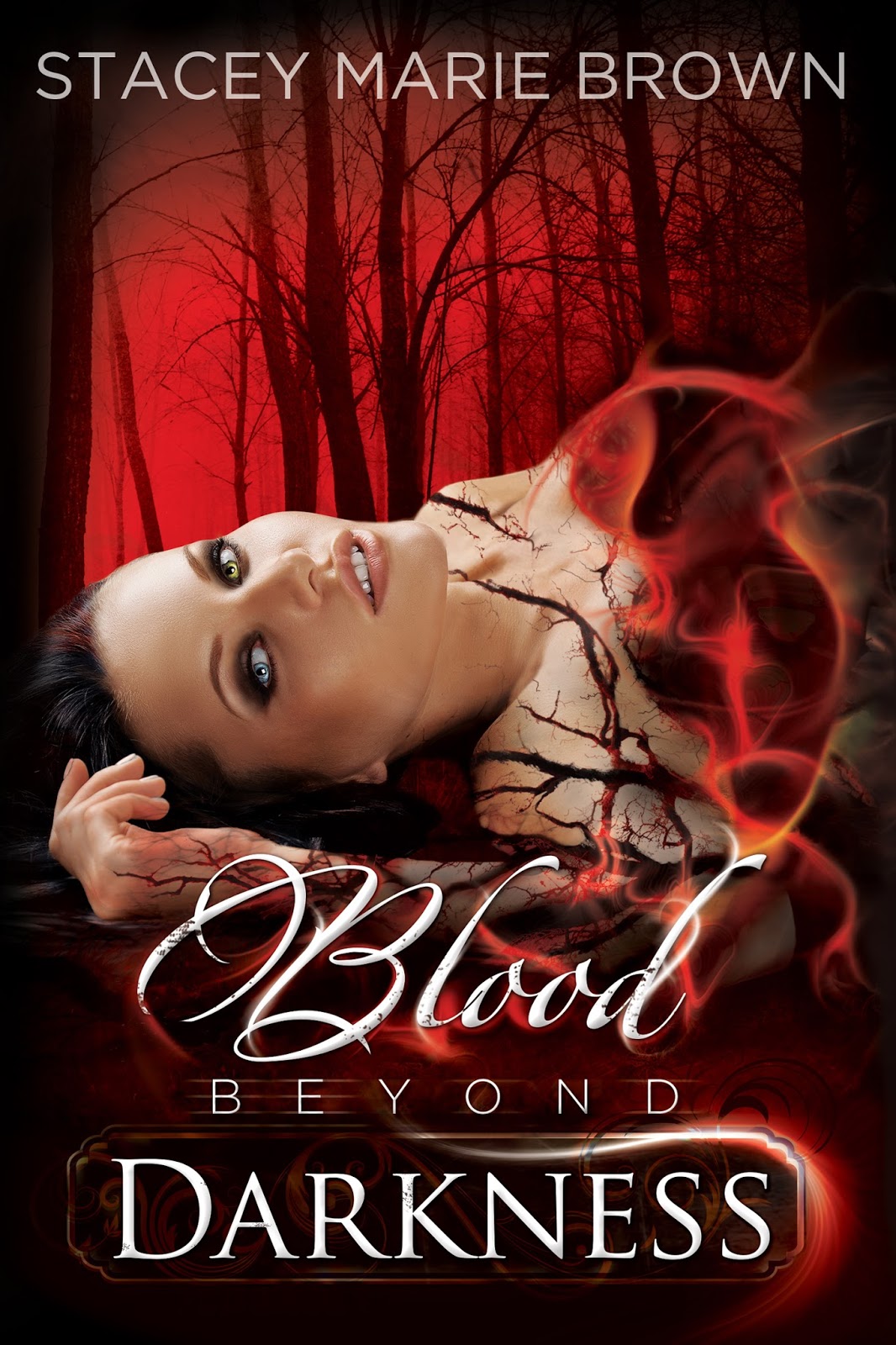 Add it to your Goodreads 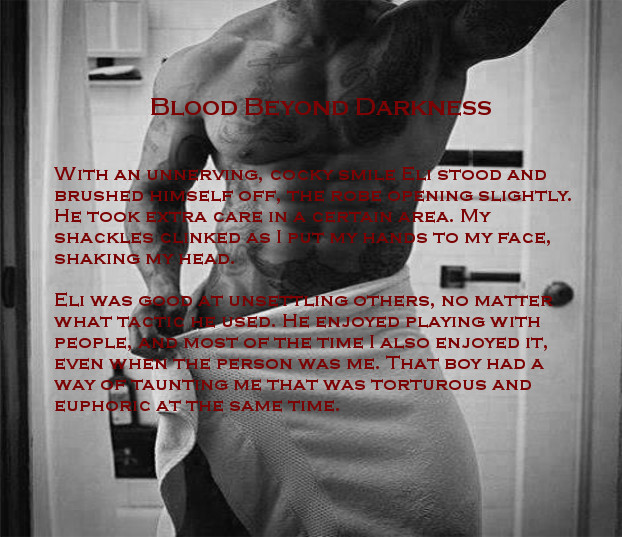 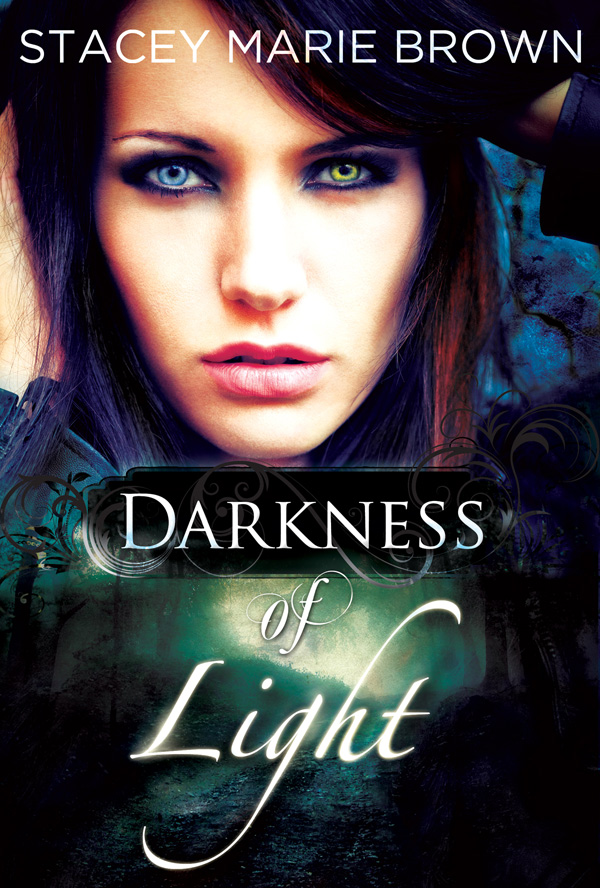 Ember Brycin has been called them all. She’s always known she’s different. No one has ever called her normal, even under the best circumstances. Bizarre and inexplicable things continually happen to her, and having two different colored eyes, strange hair, and an unusual tattoo only contributes to the gossip about her.

When the latest school explosion lands her in a facility for trouble teens, she meets Eli Dragen, who’s hot as hell and darkly mysterious. Their connection is full of passion, danger, and secrets. Secrets that will not only change her life, but what and who she is—leading her down a path she never imagined possible.

Between Light and Dark, Ember finds a world where truth and knowledge are power and no one can be trusted. But her survival depends on finding out the truth about herself. In her pursuit, she is forced between love and destiny and good and evil, even when the differences between them aren’t always clear. At worst, she will incite a war that could destroy both worlds. At best, she will not only lose her heart but her life and everyone she loves. Once the truth is out, however, there will be no going back. And she’ll definitely wish she could.

Fire in the Darkness (Book 2) 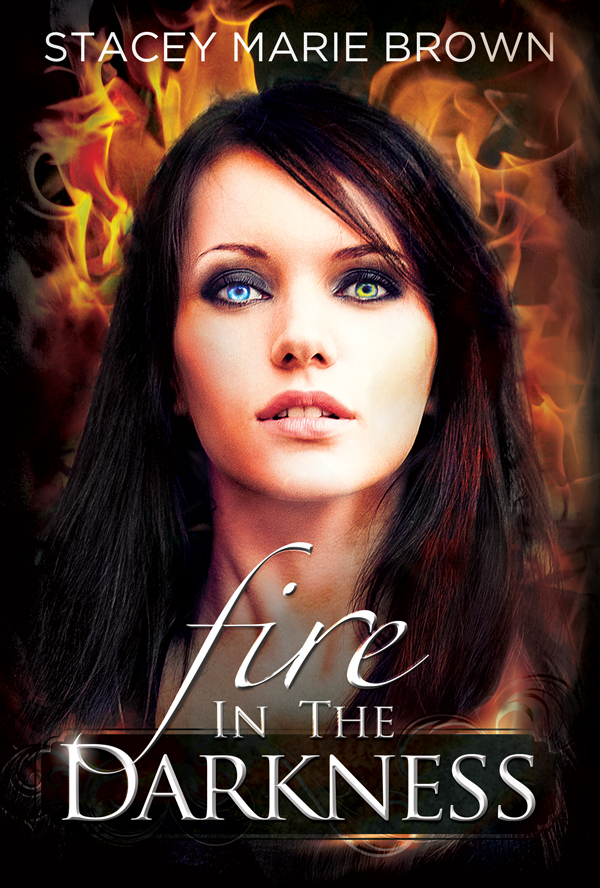 It's been four weeks since Ember Brycin witnessed what her powers are capable of. The Electrical Current Storm (ECS) has turned Seattle, Washington into a natural disaster zone. The death toll is in the thousands with countless others homeless and hungry.

And Ember is the one who caused it. Something she will have to live with every day.

Those people who were unable to escape either turned quickly into gangs or live in shelters. Ember, on the other hand, can’t do either. With a price on her head and a Dark Dweller on her ass, she is constantly on the move. Both Light and Dark are hunting her for their own purpose to use her as a weapon or a pawn in the war between the Unseelie King of the Dark and the Seelie Queen of the Light.

Em needs help but doesn’t know who to trust: Lars, the mystery man Torin told her to find? Torin, the Seelie Queen’s personal knight, who has sworn to keep Em safe? Or Eli, who wants to turn her over to the Unseelie King, but whom she has an undeniable, intense connection with?

No matter what she chooses she will probably lose—her life or everything and everyone she loves.

Beast in the Darkness (Eli Novellette) 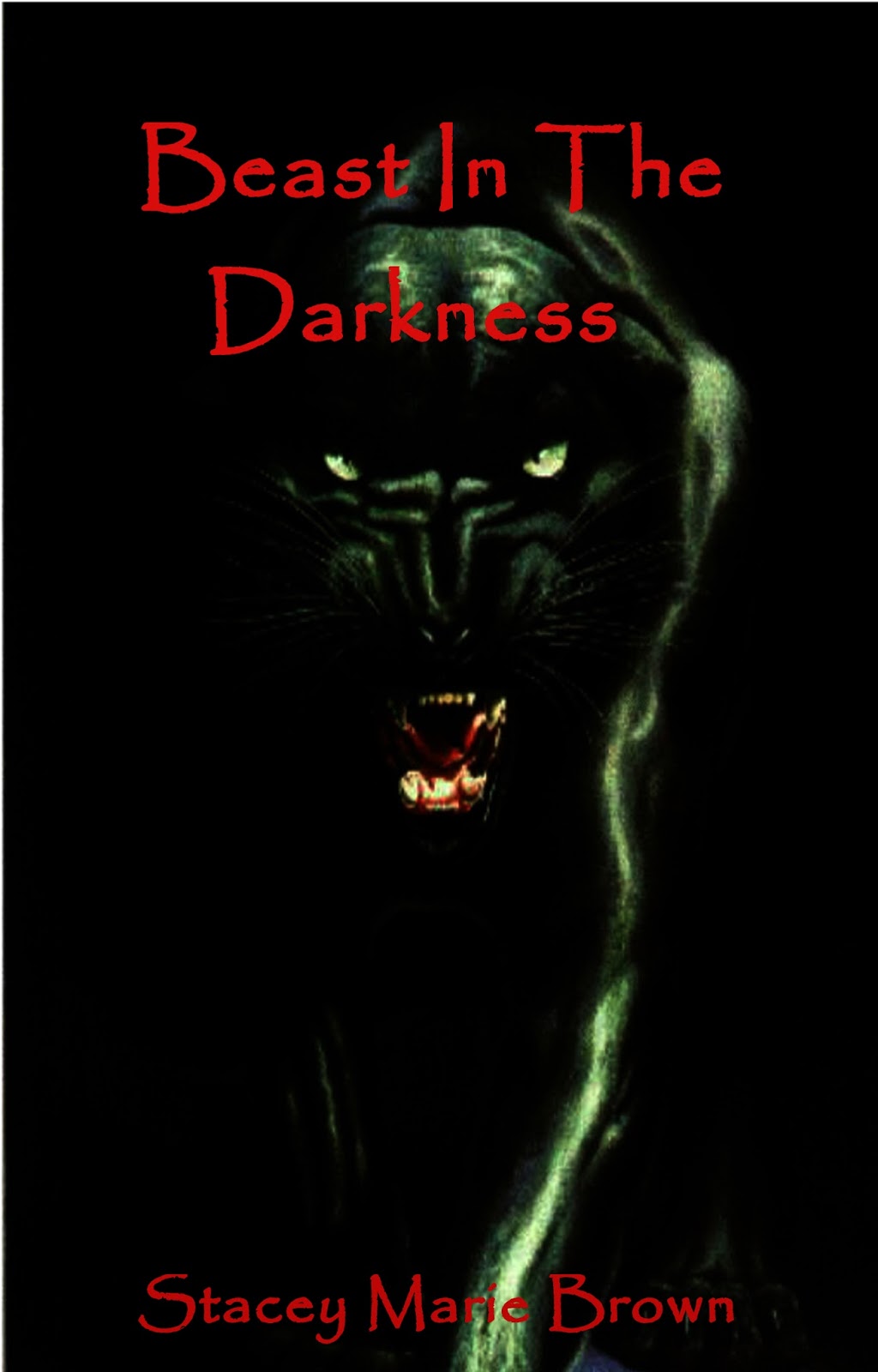 *Meant to be read after Fire In The Darkness*

Beast In The Darkness (An Elighan Dragen Novelette)

We know the story from Ember's POV, but what happens to Eli after Ember disappears? Crawl inside Eli's mind and experience what he goes through. Be warned his mind in not a fuzzy warm place to be....

**Warning this contains sexual content and language.
**Contains Spoilers if you have not previously read Darkness Of Light or Fire In The Darkness. 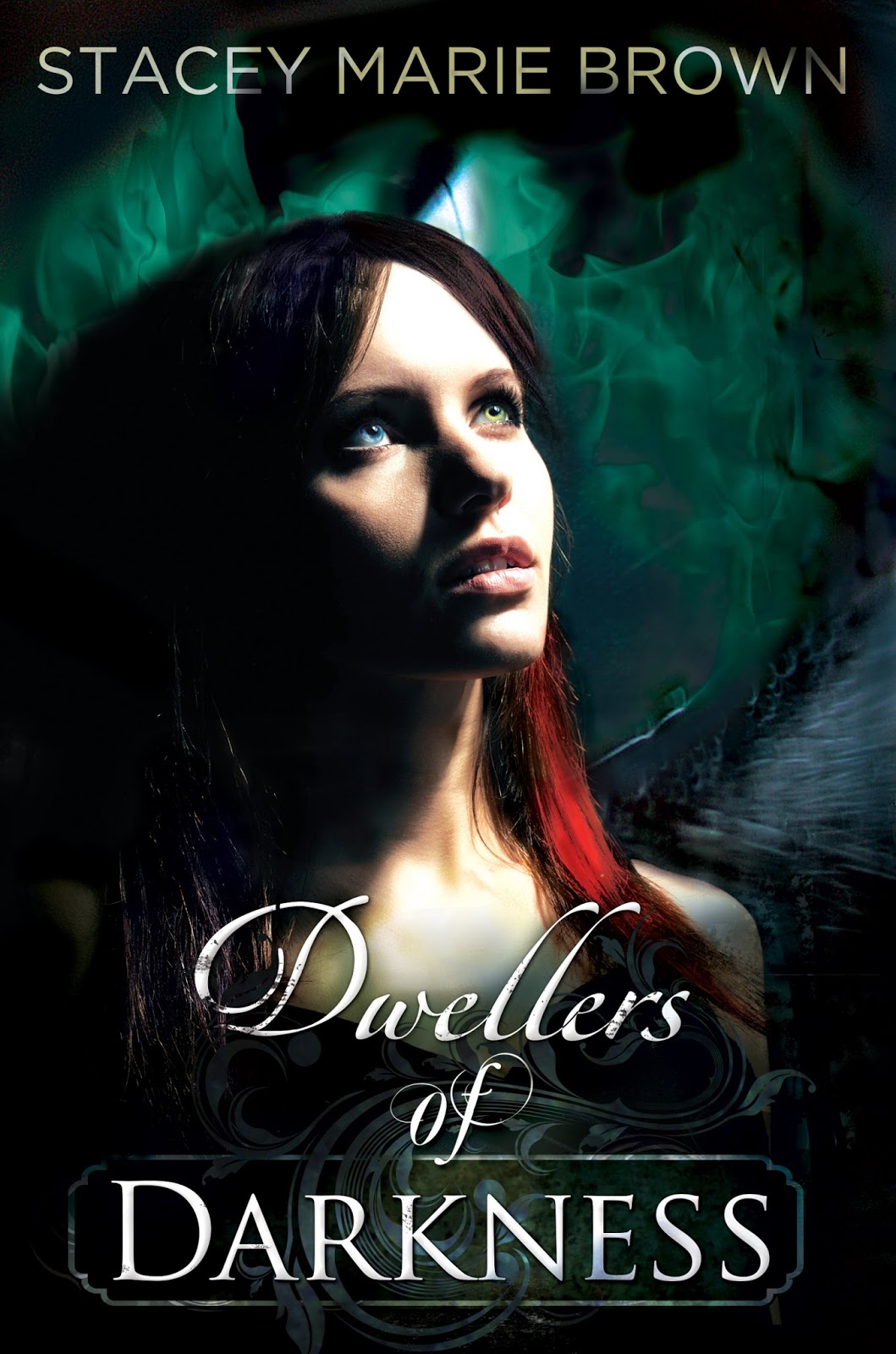 Some days feel like years, but in Ember Brycin’s case just the opposite is true. She had only been in the Otherworld for a day or two when she escaped with her mom, Kennedy, and Jared to the Earth realm. But it’s three years later on Earth. Em would be 22 now—if she was a human. But she’s not. She is a Dae—part Demon and part Fay—with a little Dark Dweller thrown in to make her even more of a freak.

One thing that hasn’t changed, though, is her undeniable connection to Eli Dragen, who is sexy, gorgeous, and even more frustrating. But her problems go way past him.

The Seelie Queen of the Otherworld still holds Mark, Em’s father, and her friends, Ryan, and Josh as hostages. Em needs to rescue them without, once again, getting caught and being used as a pawn to help the Queen regain possession of Earth. At the same time Lars, the Unseelie King, reminds Em she is bound to him and has to locate the Sword of Light to fulfill the prophesy and kill the Queen.

As the tension for war mounts between the Seelie and Unseelie (Light and Dark), the tension at the Dark Dweller’s compound mounts even more as they prepare to obtain the sword no matter what the price. But is Ember the answer to the location of the sword? Is she the one to fulfill the prophecy? As usual nothing is ever what it seems.

Author Bio
Stacey Marie Brown by day is an Interior/Set Designer, by night a writer of Paranormal Fantasy, Adventure, and Literary Fiction. She grew up in Northern California, where she ran around on her family’s farm, raising animals, riding horses, playing flashlight tag, and turning hay bales into cool forts. Even before she could write, she was creating stories and making up intricate fantasies. Writing came as easy as breathing. She later turned that passion into acting, living and traveling abroad, and designing. Though she had never stopped writing, moving back to San Francisco seemed to have brought it back to the forefront and this time it would not be ignored.

When she’s not writing she’s out hiking, spending time with friends, traveling, listening to music, or designing.

a Rafflecopter giveaway
Posted by Ottilie Weber at Monday, June 09, 2014