Good Morning!
It's been awhile since I posted and there are a few reviews coming your way because I finally had time to read! Who knew that would happen again? I just want to take a second and remind everyone my giveaways are still going on and you can click here and read the details! Now today I have a review for you of a New Adult book (not suitable for under 18!) and I loved this book. It probably wasn't the best book to read at work, but I loved it none the less. If you haven't checked out Diana Nixon, I would highly suggest that you do. Who hasn't wondered if love should get a second chance? I hope to read more by Diana :) 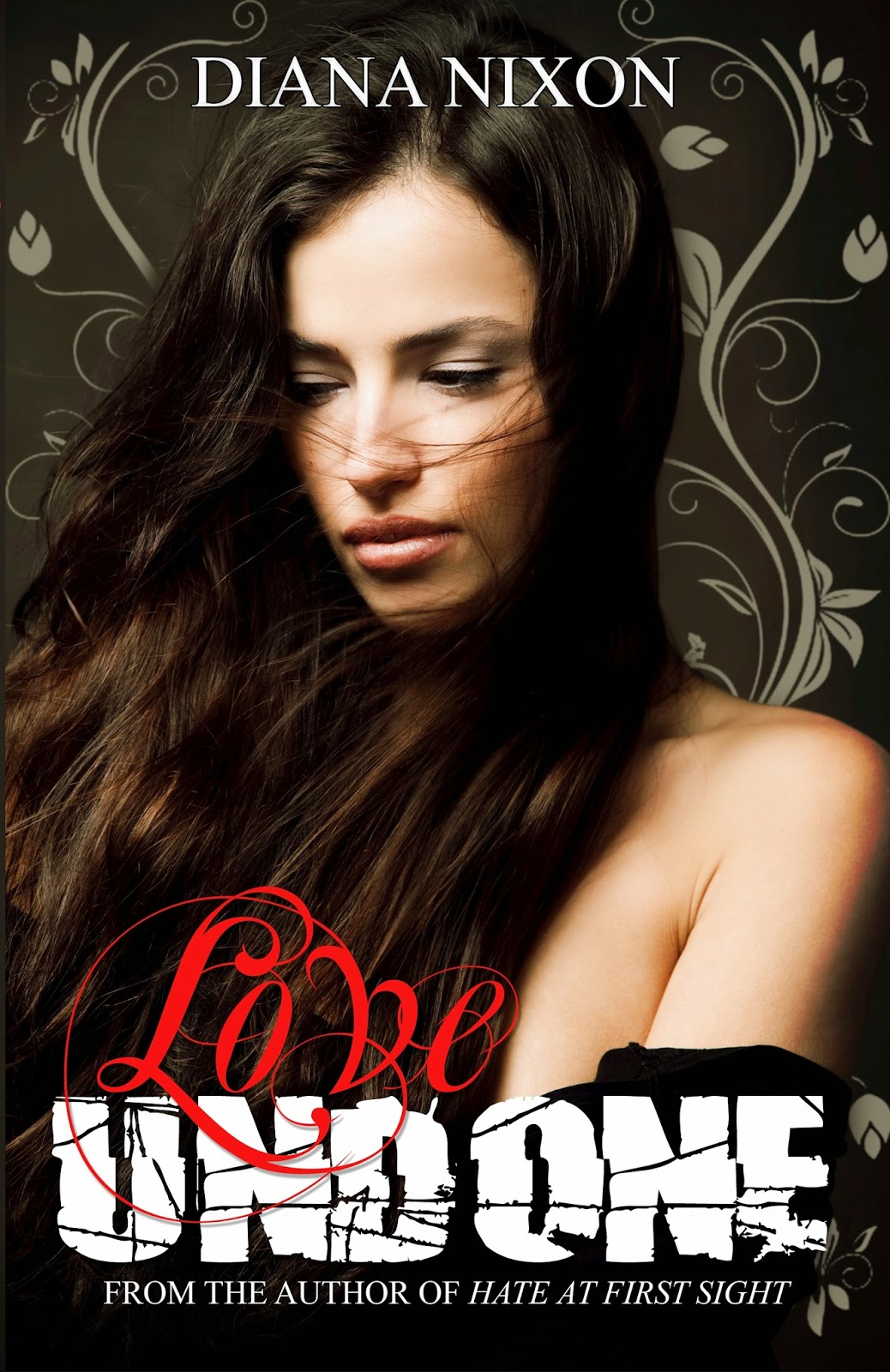 Your heart tells you to jump, but your mind wants you to stay cautious of the man before you, do you jump or run? Kassie wakes up in the hospital with all her memories, the good and the bad, all gone. As she is picking up the pieces there is a man with dangerously alluring dark blue eyes that causes her already hurting mind to spin even further. He makes her heart skip beats, but there is a small voice that tells her she should keep her guard up.

Love Undone by Diana Nixon was very well written, good flow without extra fluff some books might add. Kassie has fun witty fights with Daniel the alluring dark man. Daniel will make any woman weak in the knees. I loved reading this story, you feel for both characters. Kassie because she is trying to piece together a life she can not remember, and redealing with tragedies from her past. Daniel, well no one is perfect and no one has a clean past, but you still got to love him. This might be a book that I will eventually pick up a paperback if there ever is one :) go grab yourself a copy!

1.      Where did you come up with the plot to Love Undone?
-          I started writing this book before Christmas, and frankly, it was supposed to be a little different. I even thought about writing it in collaboration with another author. Then, I read my notes and realized that I wanted it to be different from my previous stories. So I tried my best to make it more emotional, touching, catching and memorable. And today, reading the reviews, I can see that I’ve succeeded! It DOES make my readers feel and this is exactly what I wanted from Love Undone. It shows how fast everything that you love and live for can be taken away from you, by accident or death. I also wanted to show how much we shall cherish every person we love, because we never know when his/her travel might end…

2.      Do you believe in love deserves another chance?
-          I do. Personally, I’m sure that everything deserves a second chance, because we all know that the first pancake is always a failure, lol

3.      You have written both YA and NA books, do you prefer to write one over the other?
-          Well, YA books are always beautiful and romantic, while NA stories are more open and show a different side of the youth, where not only happy smiles exist. Now that I have worked in both genres, I think I like NA books more. Or maybe I just feel like I’m too old to write more YA books, lol However, I’m thinking about writing another YA story:) In other words, you never know what to expect from a writer:)

5.      You speak several different languages, which was the hardest for you to learn?
-          Those that I speak were not too hard to learn. There’s only one language that I think I will never be able to learn and it’s French. The pronunciation and spelling are killing me:) Now I’m working on a book that needs French phrases, and I have to check the spelling of every work, over and over again, before sending the text to the editor, because sometimes even she, a French native speaker, can’t understand what I wanted to say, lol

6.      Was there anything that was hard for you to write in this story?
-          The whole story was hard to write. Maybe because unlike other books, I wanted this one to be so heart-shattering? So, yes, it took me awhile to make all those ideas from my head look good on paper:)

9.      Do you prefer to read off an e-reader or a physical copy?
-          Physical copies are easier to read, but unfortunately, we live in the world of never-stop running, lol, that’s why e-books are always with us, on our phones, e-readers, notebooks.

10.  What advice would you give to those who are either just starting to write or trying to get the ball rolling?
-          Never listen to those saying that your book is not good enough to be published:) Every story deserves a reader. And at least one 5* review:) 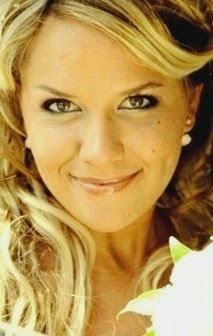 Love Undone
By Diana Nixon
Available from JUNE, 3rd 2014
What would you do if all your memories were gone?
One day Kassie wakes up and realizes that her life is nothing but an endless emptiness…
One tragic incident takes away everything that she has ever cherished and loved: family, friends and all the best moments that she ever lived through.
Now everything seems unknown, including a beautiful stranger,
whose mere look makes her heart beat faster.
Who is that reckless and mysterious man? Is he just an old friend or an enemy? Sinking into the vortex of indescribable emotions, they will give in to the most irresistible temptation ever,
just to fall in love with each other, again and again...

EXCERPT
“It’s not safe to go there alone, Miss,” he said, stopping at what looked like an old barn.
“Trust me, I’m so pissed that no one will dare touch me,” I said, giving him the money.
“Do you want me to wait for you?”
“No thanks, I’m meeting a friend here,” I said, as I spied Daniel’s car near the entrance. I got out of the taxi and headed for the steps.
A huge guy about my age stood in my way. “Are you a member of the club?” he asked gruffly.
“No, but I know one of the members.”
“Who?”
“Daniel Farrell,” I said, hoping my voice sounded firm. I didn’t want him to think that I was an easy target.
“He’s fighting now. You sure you want to see it?”
“He’s what?” I didn’t expect such an answer.
“It’s a boxing club, you know? People come here to fight.”
I swallowed hard. “Yes, I need to see him.”
He opened the doors for me, and nodded to the stairs, leading to the ground floor.
“Be careful with the crowd. People get really crazy when Dan’s fighting.”
I nodded silently, feeling my palms sweating. What the hell am I doing here?

I only took a few steps down the stairs, when someone caught me by the hand.
“Don’t go there, Sweetheart. They will eat you alive.”
I looked up at the guy, and my knees trembled even worse. He was head and shoulders above me, and the dragon tattoo on his upper arm only made my fear grow. I will kill Daniel for making me drag my ass here, I thought irritably to myself, trying to break free of the guy’s death grip. It wasn’t hard. He let me go, and pulled a lighter from his pocket. I stood still, not knowing what to do next. He smirked, with his bright-blue eyes watching me intently. There wasn’t anything seductive about his gaze. He probably thought I was the stupidest creature ever, since I willingly crossed the threshold of The Underground alone. He lit a cigarette and blew out a thick cloud of smoke right into my face. I grimaced.
“I remember you,” he said, leaning against the opposite wall. “Last time you were here, you were really pissed.”
“This time isn’t much different. Wait, I’ve been here before?”
“Yeah, about two years ago.”
“What was I doing here?”
“Looking for Daniel, I guess.”
“Do you know him?”
“Of course. I know all of my fighters.”
The realization hit me. “You must be the owner of this place.”
“Want to watch the fight?”
“Not really. But I need to talk to Daniel.”
“Come with me,” he said, turning around and heading up the stairs. I hesitated. “Come on, I’m not gonna hurt you. I care about my life, you know?”
“And what’s that supposed to mean?” I asked, following him. Apparently, my courage was back.
“Dan will make me eat my balls if I touch you.”
Huh, that surely makes me feel better, I thought to myself.
“I heard about the explosion. And about your brother.”
“You knew him?”
“I saw him a few times. He came to watch Dan’s fights. Sorry about your loss. I’m Kane, by the way. And you are-”
“Kassie.”
“Right.”
“Here we go, my little kingdom,” Kane said, opening the door to what I supposed was his office. “You are safe here. Want a drink?” he asked, nodding to a small bar in the corner.
“Do you have water?”
“Will soda do?”
“Yeah, thanks.”
I walked to a huge window opening to the round arena with a few dozens of people standing around it. They were shouting and applauding, watching the fight. Even from the distance, I could recognize Daniel as one of the fighters.
“He will be all yours in less than 10 seconds,” Kane said, giving me a glass of soda. “It’s the longest time he spends on one opponent.”
I looked at Daniel again and gasped quietly, when his fist connected with the other guy’s jaw. What surprised me most was Daniel’s expression. It was severe and focused, making shivers run up and down my spine.
Kane opened the window and my hands shot to my ears at the loud cheering and shouting coming from downstairs. When Daniel attacked again, the other guy’s defense shattered. He fell to his knees. His nose met Daniel’s fist again. I grimaced as more blood spilled to the floor.
“Not a comfortable sight, is it?” Kane said, smirking.
“That is not the word,” I said quietly, still watching the poor guy’s motionless body lying in the center of the circle.
“That’s it, the moment of victory,” Kane added, applauding Daniel.
I didn’t share his enthusiasm, and I truly hoped I wouldn’t vomit right in the middle of his ‘kingdom.’ I felt terribly sick.
Before leaving the circle, Daniel applauded himself, helped his opponent to his feet (which was kind of unexpected) and looked around, smiling briefly at the admiring praises coming for the sideliners. And then, he looked up and right at the window where Kane and I were standing. Our gazes locked, and it was the very moment that I regretted coming to the club. Daniel’s expression became murderous.

Grab a copy of the book you’d like to read here:
http://diananixon.blogspot.com/p/buying-books.html