Good Morning!
So I've been pretty bad lately. I had all these reviews all at once and tried to space them a little bit. Only to forget one! I feel bad because this story I volunteered for and just spaced on almost two weeks ago. No I did not forget because the book was bad. Sorry Monica La Porta! You should check out this book though if you are over 18 years old. :) 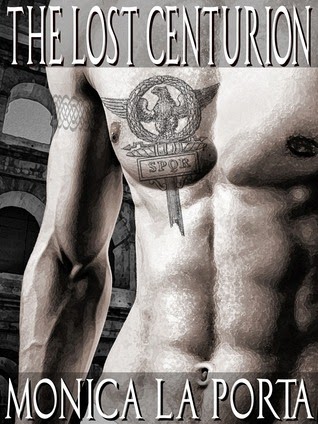 ** Not suitable for those under 18 **
If the one you loved was killed, how long would you seek revenge? Marcus is a Centurion and his wife was killed back when ancient Rome, wasn't ancient. Marcus has spent his immortal life seeking for the name of the vampire that killed his wife, but in the progress he comes across a brand new vampire that is on the verge of death. In saving her, he has broken not only rules, but pacts between the two races. The two have an adventure that they did not plan for that night.

I have read one or two other works by Monica La Porta, and her writing never disappoints. It flows in a natural flow, the beginning took me a little pit, but then the story grabs you. It was interesting to read the point of view where the girl was the vampire instead of the guy, fresh idea. This is coming from a girl who wouldn't read anything (minus one series) with a vampire in it. The development between the two characters are a natural progress, not an instant love. I would highly suggest anyone who loves paranormal romance to read this.