This upcoming week is the last week of classes for me for the semester! I can't believe how fast the semester goes and I can't wait for it to end! I'll have more time to write and read when the semester is over and hopefully finish up Project US for my publisher. I got through a big dent of Project US so I'm not too concern as long as I keep up the momoment that I have been. When that is in to the publisher I'll work more on Walking a (the) Thin Line and Beneath the Scars (loving it!). I'll be going away for a week in January also so good relaxation and away from everything. I had some boy drama this week so to get away is totally appealing! Well last Sample Sunday I was torn between Project US and Beneath the Scars, since Project US won last time I'll show you the full chapter two of Beneath the Scars this Week!


Before I show you the chapter I want to tell you what else will be happening this week on the blog it will be busier then ever! Tuesday I will be involved in the Heaven and Hell Book Tour for the debuting author and friend Cambria Hebert! I will be hosting a character interview with her character Heven and be giving away an ecopy of her book Masquerade! I'll probably hold open the giveaway a day or two just have to double check with then on Friday I will finally be revealing the book trailer for End of the Line! I have to fix it up a little because when I got the new computer I got the new edition of the program I was using so things are a little mixed up. Maybe in a week or two I'll reveal the new cover of End of the Line! So so much is happening and I hope you follow this blog so that you can keep in the loop with it all!

The chapter is kind of short!  Just remember this is my modern Beauty and the Beast story, you'll see that in later chapters.  Now for the sample! 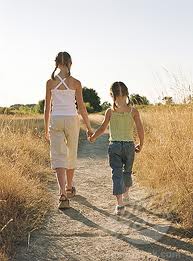 
Genevieve sat in the seat behind me with a tennis ball in her hands, her little fingers running over the green fuzzy surface as Bubbles was squished in the backseat of the car with her.  His furry head resting on Genevieve’s lap, ears pointed up in the air as his eyes followed the ball in her small hands, yet he was well trained not to try to steal the ball from her.  The two were very quiet in the car as I glanced into review mirror at them.


“So I’m thinking of maybe having a little camp out in the family room till we have the place set up, couldn’t that be cool?” I spoke up as I peeked into the review mirror again as Genevieve just shrugged her shoulders.


I chewed on my lip, the pasted couple of month had been hard, and that was the understatement of the year.


“I don’t want to go to a new school,” Genevieve grumbled her voice was more upset then a pout.


“I know Genevieve, I really tried looking for a new place in the same school district, but they didn’t have anything in our price range, we are just one town over so the drive will be quick,” I answered kindly my own heart heavy with emotions.


“It’s not the same right Bubbles,” Genevieve responded as she scratched behind Bubble’s ear, her little hand disappearing in his fur, finally giving the dog his ball causing loud thumps of his tail in a cramp area.


“I know, I am taking off school this semester too remember, then going to change schools in the fall to take care of you.  I have a job set up so that I can pick you up after school.  That way we can get your homework done while cooking dinner, plus do you know how many places don’t accept German Sheppard in rentals?” I asked as Bubbles raised his almost to object to that statement.


“But Bubbles is so nice, but he takes up too much of my bed,” Genevieve retorted she was ten and didn’t fully understand despite his sweet depiction some people were afraid of that breed and when we tell them ours is named Bubbles, the stares we get don’t help.


“Don’t blame me if he thinks you are his puppy friend,” I laughed as the radio station went to a commercial.


“He doesn’t like your stinky perfume,” Genevieve shot back with a smile almost touching her face.


“Hey we both know my perfume is the essence of awesomeness,” I tried pulling off with a straight face as I reached back shaking her knee, she giggled.


“Why because you laughed?” I asked smiling glancing back in the review mirror.


I pulled into the apartment complex, into the parking spot that had our apartment number on it.  The moving truck pulled up behind us as the two men started to go in the back to help bring in some of the stuff that we were able to keep.  Moving from our parent’s big home to the apartment was a challenge of what we could bring with us and what had to be sold.  Getting out of the car I led the way quickly to show them where to put the furniture.  Unlocking the door I nearly held my breath not believing that this was truly happening.  Leaving the door open I went back down to see Genevieve getting out of the car with Bubbles shortly behind her, ball still in mouth.  The two were just sitting in the parking lot watching the big men carry the pieces into our new place.  My heart kept pulsing fast, feeling anxious as each piece was brought into the unknown area.  I had to be strong for my sister.


“When will the TV be on?” Genevieve asked a couple of hours later.


I was in the kitchen putting away the silverware in addition to the plates as I heard Bubbles finding an open toilet.  Dogs could find that water bowl easily no matter if it was a new place.  Scrunching my face I went to the kitchen table looking for the box with his dishes.


“Genevieve, I will call the cable people tomorrow after work.  Till then how about you start unpacking your room,” I called from the other room knowing that she wasn’t going to agree to that.


Bubble’s nails scrapped against the title as water dripped from his muzzle.


“That’s boring,” Genevieve whined as I heard a tennis ball being bounced, Bubbles perked up rushing out of the room.


A low bark followed by a whimper.


“Bubbles come back that’s my ball!” Genevieve yelled as she chased after the dog.


“Guys we have people living under us now watch your noise level!” I called out again with my eyes closed running my fingers through my hair.  “You know better then to tease him.”


Chinese food was seriously taking a long time to come.


“Genevieve, unpack while we are waiting for food so that you can enjoy your bed tonight.”


She groaned as I heard stomps towards her new room that was separated by a bathroom between the two rooms.  Pausing with my own unpacking I heard her moving boxes around then went back to work myself.  When I finished up the kitchen and started on the living area just as the Chinese food was delivered.  Carrying the bag of food into the kitchen pushing aside empty boxes I placed everything down.


“Genevieve, dinner,” I called as I was placing the table.


Nails and footsteps thundered towards me.  I pulled two plates out of a cabinet along with a few odds and ends.  Setting the table for us as Genevieve filled Bubbles’ dish with dog food sneaking in another cup.  She than plopped down at the other chair and started to mix her chicken and rice.  Bubbles soon sat besides her smacking his lips with his nose at the table level.


“Do you think Bubbles wants Chinese food because it’s made out of cats?” Genevieve asked shoveling a big bite into her mouth.


Her free hand went to pet the top of Bubbles’ head as he just wiggled a bit more interested in her food then the attention for the moment.  He just sat down with a noticeable thud hoping that would earn him a treat.  No such luck as I scratched behind his ear breaking his concentration.  Bubbles moved his head from my sister and I, not sure which would give him his second dinner.


“Genevieve that’s just gross and wrong, don’t say things like that.  Plus Bubbles is a dog, their stomachs are bottomless pits.  They will eat anything and everything in sight.”


“Gen I assure you, we-are-not-eating cats,” I responded slowly trying to make sure another food wasn’t crossed off her will eat list, it was ever growing shorter.


“All lies!” Genevieve proclaimed sticking her fork high in the air with a piece of chicken that only to have it fall from her utensils never touching the floor.  “See cat!”


Bobby was going to be the death of me and was Genevieve’s best friend.  Taking a sip of my drink I watched my family.  Genevieve sat there meowing at her food while Bubbles sat there fully aware of the world around his that was the plate and him.

Sighing I took another look around the rooms after dinner I prepared the bathroom and Genevieve’s room because she hadn’t done so.  I just needed normalcy and that meant a home that was unpacked, seeming like we were living there instead of just moving in.  My room was the only room left and I was exhausted.  Peeking into Genevieve’s room to check in on her the room was still.  Her eyes were close as one of her arms dangled off the bed and onto Bubbles who was laying by her bed, staying guard to his buddy.  Genevieve’s light brown hair was behind her as she was finally calm, quiet and not meowing.  Closing the door mostly, leaving it open just enough for Bubbles to walk out if he wanted.


Wandering out myself I went for a breath of fresh air to help wake me up a little before I finished the unpacking.  Leaving the door open I walked out into the ledge of our floor.  The sound of cars driving echoed into the parking lot below.  The warm was cooler than before against my arms that were exposed by my short sleeves.  The cars caught the moon light as I glanced around with heavy eyelids.


Leaning against the railing, my hands folded together dropping my head as my eyes watered.  From mixture of tiredness and the world falling to pieces, I wasn’t sure.  A door creaked open.  Lifting my head to the opposite side of the outdoor hallway a dark figure moved out of the door, closing it swiftly as he jogged down the stairs on that end.  With my eyes narrowed I observed him fix his hood of his sweatshirt to shield his face.  He rushed into his car to speed off.  Driving off I wondered what kind of area I moved into.
Posted by Ottilie Weber at Sunday, December 04, 2011